If you shun the sun, suffer from milk allergies or adhere to a strict vegan Diet you may be at risk for  a Vitamin D Deficiency Known as the sunshine vitamin  Vitamin D is produced by the body in response to skin being exposed to sunlight. It is also occurs naturally in a few foods including some fish, fish liver oils, and egg yolks and in fortified dairy and grain products.

Vitamin D is essential for strong bones, because it helps the body use calcium from the diet. Traditionally, Vitamin D Deficiency has been associated with rickets, a disease in which the bone tissue doesn’t properly mineralize, leading to soft bones and skeletal deformities. But increasingly, research is revealing the importance of Vitamin D in protecting against a host of health problems.

Symptoms of bone pain and muscle weakness can mean you have a Vitamin D deficiency. However, for many people the symptoms are subtle. Yet, even without symptoms, too little Vitamin D can pose health risks. Low Blood levels of the vitamin have been associated with the following:

Vitamin D deficiency can occur for a number of reasons

You don’t consume the recommended levels of the vitamin over time. This is likely if you follow a strict vegan diet because most of the natural sources are animal-based including fish and fish oils, egg yolks, fortified milk, and beef liver H

Your exposure to sunlight is limited. Because the body makes Vitamin D when your skin is exposed to sunlight, you may be at risk of deficiency if you are homebound, live in northern latitudes, wear long robes or head coverings for religious reasons, or have an occupation that prevents sun exposure. During the winter, Vitamin D deficiency can be more prevalent because there is less sunlight available.

Vitamin D, also known as the sunshine vitamin, is a fat-soluble vitamin essential for optimal health.

Yet, very few foods contain this vitamin, Thus, it can be difficult to get enough of this nutrient from your diet, particularly if you’re vegetarian.

“Here are some good sources of Vitamin D for Vegetarian”

Your skin can produce Vitamin D when exposed to the sun’s ultraviolet B (UVB) rays. Most people get at least some of their Vitamin D this way.

According to the National Institute of Health (NIH), exposing your face, arms, legs, or back to sunlight for 5–30 minutes twice a week — without sunscreen — is usually sufficient to generate optimal Vitamin D levels.

However, depending on your geographical location or climate, it may not be practical to achieve this degree of direct sun exposure

Additional factors, such as the season, time of day, and degree of pollution or smog, as well as your age, skin color, and sunscreen use, also affect your skin’s ability to produce enough Vitamin D.

For instance, smog or an overcast day may reduce the strength of UV rays by up to 60%. Moreover, older adults and those with darker skin tones may require significantly longer than 30 minutes of sun exposure to produce sufficient Vitamin D.

That said, excess sun exposure can increase your risk of skin cancer. Hence, the American Academy of Dermatology urges people not to rely on the sun as their main source of Vitamin D

Your skin produces Vitamin D following direct exposure to the sun. However, several factors can reduce your body’s Vitamin D generation, and excess sun exposure isn’t recommended, as it may raise your risk of skin cancer.

Cheese is a natural source of Vitamin D

Most Varieties contain 0.2–0.6 mcg of Vitamin D per 50 gram serving. Levels vary based on the way the cheese is manufactured.

Some kinds can also be fortified with Vitamin D, and this will be indicated on the label or ingredient list. 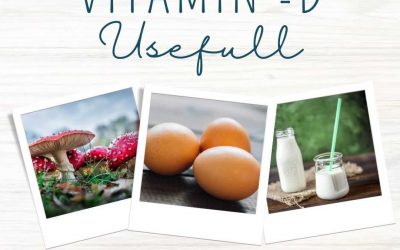 Vitamin D is a pro-hormone that is synthesized in the body when exposed to sunlight, and hence, is called the sunshine vitamin.

END_OF_DOCUMENT_TOKEN_TO_BE_REPLACED

What is your mental conditions, when say some one against you?

What is success definition ?

Why Organic Wheatgrass Powder Should be a Part of Your Diet

Navratri 2022 : You have to decide desired direction, Way of Succeed

This year’s Shraddha Navratri commenced on September 26, and it will be concluding on October 5.

SUCCESS COMES TO THOSE WHO ACT